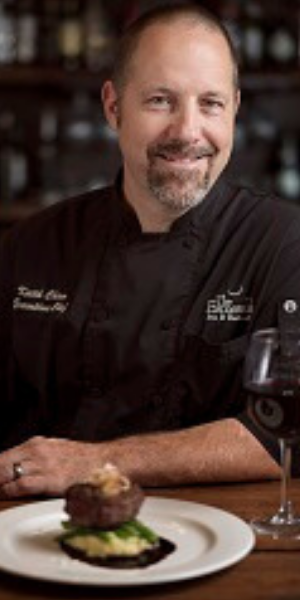 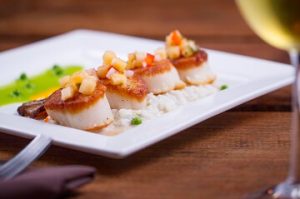 Keith Chinn started cooking at the age of 15, working in fast food. After gaining experience in the industry he began working in a fine dining French restaurant in Scottsdale, AZ as a waiter, bartender, then back in the kitchen as a cook. After a few years as a line cook, he tried his hand at pastries and realized that was where his passion laid. He decided that he wanted to go to school for pastries. He completed a 3-year apprenticeship at The Scottsdale Princess Resort, a 5-star, 5 diamond resort with 740 rooms and 5 restaurants. After his apprenticeship, he attended The Culinary Institute of America for Baking and Pastry Arts. Upon completion of his schooling he worked in only the finest establishments, several of which were Relais & Chateaux properties.

After a moving around and working for several years Chef Keith settled in Charleston, SC and worked with three James Beard award winning chefs as the Executive Pastry Chef and Sous Chef. After 8 years of further studies and several competitions, including the Food Network’s $50,000 Pastry Challenge and a silver medal at The Southern Pastry Classic in Atlanta he decided to open his own catering business which was extremely successful and won several awards including Best Crab cake, Best Crème Brûlée and Best Food and People’s Choice Award, he decided to escape the city life and get a job in the mountains!

He took a position as Executive Chef and Food & Beverage Director at The Sky Valley Country Club in Sky Valley, GA. He enjoyed his time here but again the mountains were calling. It was during a short stint in Highlands, NC where he crossed paths with the owners of The Esmeralda Inn & Restaurant.He has since recently married and relocated to Asheville, NC.

Chef Keith Chinn accepted the Executive Chef position at the beginning of August 2017 and we are excited to see what he will bring to the table!